Warning: Use of undefined constant SITECOOKIEPATH - assumed 'SITECOOKIEPATH' (this will throw an Error in a future version of PHP) in /wp-config.php on line 37
 Are we Ready for 21st Century Digital Aircraft Records in a Leasing Environment? | Michal Swoboda 
Warning: A non-numeric value encountered in /wp-content/themes/Divi/functions.php on line 5806

Are we Ready for 21st Century Digital Aircraft Records in a Leasing Environment?

Warning: count(): Parameter must be an array or an object that implements Countable in /wp-includes/class-wp-comment-query.php on line 405
by Michal Swoboda | Sep 27, 2016 | Aviation | 1 comment 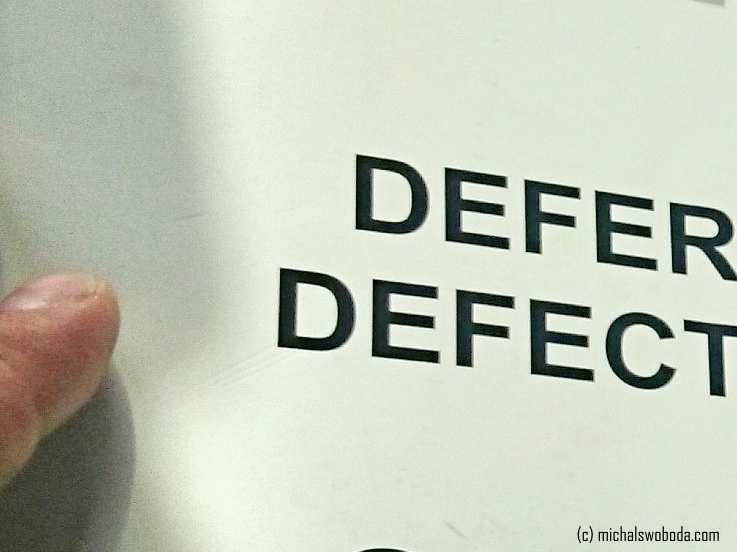 Boxes. Countless boxes. We have all seen them, we have been digging through them, we analyzed and reviewed the content and packaged it into new, better looking boxes. The importance of historical aircraft records cannot be underestimated as the records are not only defining the aircraft’s current airworthiness status, but may also have a great impact on the overall value of the asset.

However, we live in an era in which paper seems to be at the end of its career. We don’t, normally, communicate on paper anymore. On the contrary, many companies introduce special programs to downsize the need for printing in order to reduce overhead costs and show their care about the environment. An email is just as a good as a written note and a digitally signed PDF is taking the place of a signed and stamped document.

The aviation business still seems to be a step behind in the utilization of modern technologies for keeping and managing an enormous amount of data which comes with each aircraft.

The traditional approach to aircraft records may be obsolete

When I originally started my aviation career a decade ago, paper was king. Maintenance manuals and even the IPC were provided in hard copy and semi-annual revisions were couriered by the manufacturer as standalone pages, to be inserted into thick binders. That was also the time when Facebook and LinkedIn were in their cradle life stages and a Blackberry was probably the smartest phone on the market…

In as much as most aircraft manufacturers have long switched to digital revision systems for their maintenance and ops manuals, many airlines still lag behind with their maintenance paper trail. With paper TLBs and printed task cards, the amount of printed technical records grows at an incredible pace.

In order to keep it digital, reduce personnel workload and cut printing costs, airlines are using various kinds of airworthiness software, which – aside from its main purpose, which is airworthiness management and maintenance planning – also keeps digital copies of most paper documents. Those copies are often simple PDFs, which may or may not have gone through an OCR process and may or may not be searchable.

As long as those documents are within the airline system, all works great. The transition moment puts the software and the record keeping system to a test. For leased aircraft, eventually there will be a need to share the historical records with the lessor, who then will want to share them with the next airline customer.

In many cases, physical inspection of the original, boxed paper documents cannot be avoided. The digital files are often not complete, difficult to retrieve from the system, named in ways “understandable” only by the airline’s software, etc. This is of course due to the fact, that an airline arranges its record keeping system to its own needs and not to satisfy lessor requests, which is only fair.

As a result, the lessor is subjected to significant costs of placing representatives on site and having them to go through the records manually. More often than not, they also need to – once again – scan all the documents so they can be placed in the lessors record keeping system and provided to the next customer for review.

In an age in which refrigerators order their own groceries online and even I am able to check the ink levels in my home office printer from thousands of miles away, there should be a more efficient way of arranging the record review and transition process.

Cooperation between lessees and lessors is key

Just as airlines use their airworthiness management software, most if not all lessors also use digital record keeping software of their choice. It is only natural that the user requirements of airlines and lessors are very different. Airlines need tools for seamless and efficient airworthiness monitoring, maintenance planning and warehouse management, whereas lessors will probably be more interested in simple and clear ways of finding required information, providing it in legible format, ensuring no duplicate entries and, perhaps, performing some big data analysis on specific subjects within their fleet. Even though a common system, satisfying both customer types, may be possible, it probably will not be feasible. After all, a lessor cannot dictate an airline as to what airworthiness software to use. That would probably violate the quiet enjoyment clauses…

Cooperation between the lessee and lessor during the entire operating period of the aircraft seems key. As I already mentioned, most airlines do scan their records on a continuous basis. A method of sharing those records with lessors would probably allow for a more efficient way of keeping the lessor database up to date and in a format which they consider useful.

Aircraft transitions are often a nuisance to airlines and a challenge for lessors. Airline staff are not fond of having third party people present in their office, going through their records and continuously asking questions. Lessors may not be too happy with spending the time and effort to have people stationed at the airline’s headquarters for a lengthy period of time.

Continuous record sharing between lessees and lessors may potentially remove a significant portion of that burden. The workload on the airline would not be dramatically enhanced, as all that would be required is to email (or upload) documents which are already being scanned. The lessor, on the other hand, could have mechanisms in place to receive all that information and upload to their record keeping software. Depending on the fleet size, this could probably be accomplished by a small team of people – perhaps the same people, who are now sitting in various airline offices around the world.

At the end of the lease, during the transition process, all documents would be readily available to the lessor. The lessor representatives could perform the same evaluation they do now from their home offices, with easy access to all required documents on their phone, tablet or PC. The savings in travel and accommodation costs would be significant. Time would also be less of an issue, as the lessor could get ready for the delivery process months in advance. At the same time, the airline’s burden of having to host the consultants would be greatly reduced.

Of course, the continuous record sharing approach would not completely remove the need to have lessor personnel on site. It would still be crucial to verify all the latest records and solve, together with the airline, any problems which may arise during the record inspection. Also the maintenance done during a transition would still need to be looked after. However, the time and the workload could be significantly reduced while some major problems would be caught well in advance and communicated to the airline with sufficient time to fix them.

There are drawbacks to everything, and even though I am a firm believer in moving every record system to a purely digital format, they need to be accounted for.

Aircraft fly all over the world. As much as the FAA and EASA are used to various forms of digital records, some airworthiness authorities may not. Even within EASA countries, I still come across the notion that an official document is a signed document, and a scan of such should not be used like an original. Even though this is a notion with which I don’t agree, it’s what we have to live with.

Lessors may not be willing to take upon themselves the burden of updating their record databases continuously. This may require them to create an additional team of people or hire third party personnel. It seems to me that the cost would be quickly compensated by the savings and increased quality of the final record reviews, yet this would have to be clearly proven.

Airlines may not want to share their records on a continuous basis. We have to face the fact that different airlines operate at different levels of transparency toward lessors. They may fear that a lessor may take immediate action in case a problem is discovered within the airline’s records. This issue would probably need to be addressed during negotiations and defined within leasing contracts. Still, in most cases lessors have the right to at least one mid-term review of the aircraft and the records which, for all intents and purposes, is no different than continuous oversight.

Modern airlines don’t use paper anymore. The era of digital technical log books and digital maintenance sign offs has certainly started and the more tech savvy airlines are reaping the benefits of such systems. This is great, but will lessor record keeping strategies remain compatible with data gathered in a form different from scanned files?

The future is digital

It is clear that the future will be filled with digital solutions. In my view, the airline industry tends to be cautious towards modern technologies. Nevertheless, this is a trend we cannot (and, in my opinion, should not) stop.

What are your thoughts on keeping technical records? Do you have experience with those systems? Or do you prefer to do things the ink-on-paper way?

Thank you for all your feedback!

Warning: count(): Parameter must be an array or an object that implements Countable in /wp-includes/class-wp-comment-query.php on line 405
1 Comment